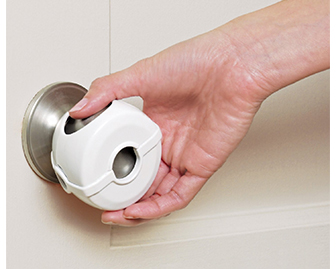 A door knob cover typically used to prevent small children from openning doors. Can also be used to decrease the risks associated with wandering for seniors with impaired cognition such as those with Dementia / Alzheimer’s disease.

As an Amazon Associate, this site earns from qualifying purchases.